Characters from Genshin Impact as skins for League of Legends.

These are custom skins from the game Hyperdimension Neptunia. All skins are in the human form.

Funny skins that are based on april fools.

Skins that use the models and splash art from Tencent Games.

Characters from anime such as Naruto, Full Metal Alchemist, Pokemon and more.

Click here to see all the champion skins on Skin Empire. 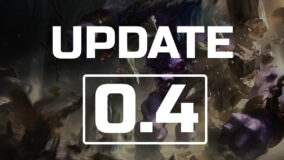