On 9 June 2021, PentaKing uploaded a skin to Skin Empire which was Klee from Genshin Impact as Ziggs in League of Legends. This was a very simple mod with just the model being replaced. This was named V0.1. Over at Killerskins on 22 August 2021, a creator named AntiWibu uploaded Klee Ziggs, but with full animation, abilities and voiceovers for the skin which was considered to be the best possible version for Klee as Ziggs. These skins were immediately loved by fans and appreciated by the custom skin community, but it wasn’t until the 5th of February 2022 that the skin “blew up” (hehe).

Because of all this exposure, the skin blew up in the gaming world where both Genshin Impact fans as well as League of Legends fans started sending a lot of appreciation to the custom skin community for making this happen. AntiWibu has updated the post with a VO for every region so everyone gets to enjoy the adorable voice of Klee. He had also created Ganyu Kindred which received a lot of attention as well thanks to the Klee skin and is currently working on a skin for Fischl in League of Legends.

We are looking forward to providing the world with more Genshin x LoL skins in the future. If you wish to stay up to date with the progress, Follow Skin Empire on social media but most importanly join us on discord so we get to interact with eachother better. Thank you all for reading!

No votes so far! Be the first to rate this post.

Follow Skin Empire on Social Media to stay up to date and to support us. It means a lot!

Enable Dark Mode with this extension 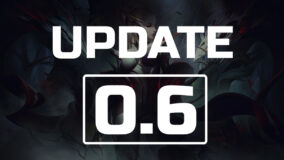